Hi everyone and hope you all ok..
Yes im finally here now and this is not a scheduled posted. Sorry not been around much but still trying to get back into a routine again with lost to do and iv not been to grand the last few weeks but feeling bit better now. Bin so drained, think its something to do with not sleeping very well the Christmas week we at MIL and getting home and only getting half hour sleep that night due to hubby and neighbours playing up so im lacking in quiet a few hours sleep but there's worse things that could happen I say..
Well less of me going on about that so now I have a few more cards that I would like to show you from Little Claire new released stamps and all the new released stamps can be found here
This little sweetie is called "Lets Do Lunch"
would like to enter this card into
i love promarkers/add a bow used promarkers to colour 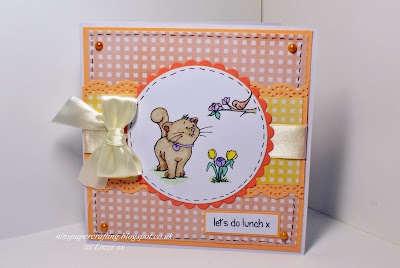 and this lovely girl is called "Sweetest Wishes" 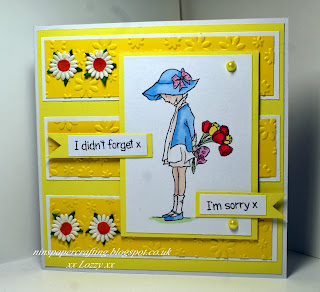 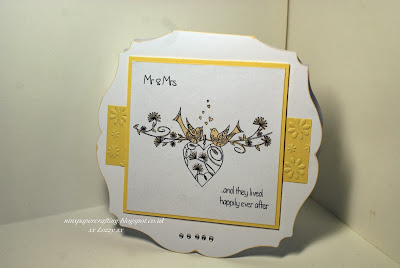 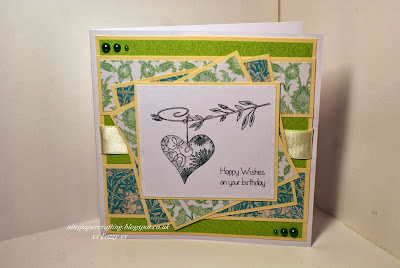 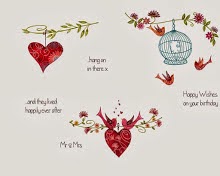 Designer For Sentimentally Yours

Designer For A Bit More Time To Craft EXTRA Challenge

Some of my designs

Click photo on to see what our Sully gets up to

Me with my best friend Nin

Its me and Nin

About looking after fish and to ask questions. Click on picture

Anything Goes on the 1st and 15th each month 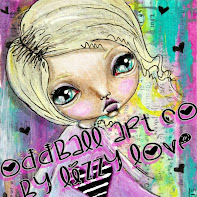